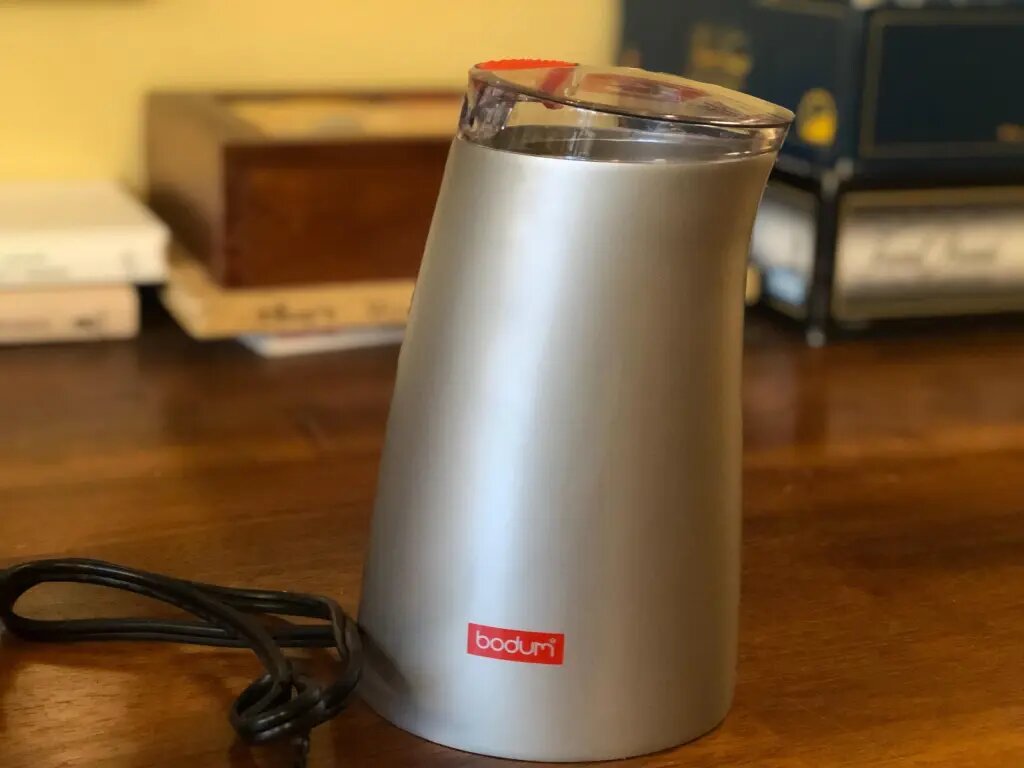 The biggest win you can give yourself when you’re brewing at home is using just-ground coffee.
That means buying a coffee grinder and actually using it on the daily.
For some folks it’s too much trouble: too messy, too noisy, just a pain in the ass.
Other folks realize the taste advantage is unparallelled and never buy preground coffee again.
Trouble is, you don’t know which kind of person you are, and the burr grinders folks like me recommend cost a hundred bucks or more. Most folks don’t want a hundred bucks glaring at them from the counter while they sheepishly reach for a K-cup.
What I’ve told the grinder-reticent is what I’m about to tell you: start cheap and simple. Get the $15 blade grinder and start using it. It’s not ideal by any stretch, but it’s way better than buying preground coffee, or even having your roasterfriend grind it for you in the shop.

After a week or two you’ll know if you’re a grind-as-you brew convert or not.. If you are onboard the grinder train, clean up the blade grinder and put it in a cupboard- that’s your backup grinder. You can also give it to a friend who’s on the fence about grinding their own.

Next, head out and pick up a nice burr grinder. I recommend this one and this one, having used them both myself see this article for some info on the burr grinder I’ve used daily for over 10 years!)

I’m going to warn you about the $50 burr grinders. You see these at the store, online, and at peoples’ homes. Trust me, they aren’t worth the money- they tend to be as inconsistent as a blade grinder, just as noisy, as well as costing 3X more than a blade grinder and taking up way more space.

Burr grinders have 2 burrs. One is stationary, and the other one spins. You control how coarse or fine your coffee is by changing the distance between the burrs.

The major difference between the $50 grinder and the more expensive ones is the speed the moving burr spins. On the cheap grinders, the spinning burr is mounted directly to a high-speed motor, and the only thing slowing it down is the friction of the beans between the burrs. As the beans run out, the burr speeds up, sounding like a jet plane taking off and wrecking the consistency of the grounds. You’ve just entered blade grinderland again, with all its problems.

The costlier grinders have a geared drivetrain that reduces the speed of the spinning burr, or use a low speed motor with more power. These grinders don’t speed up when the beans run out, remaining considerably quieter, and more importantly, keeping the grind consistent. That is the difference between the $50 grinder and the $100 grinder. What is that, a few pizzas? A round of cocktails? Again, over a decade, it’s pennies a cup.

Spend $100-150 on a burr grinder for your home and you’ll be much, much happier. A good grinder will last you years, costing you just pennies a pot in the long run.

That’s how to ooch into grinding at home- let me know how it goes for you.