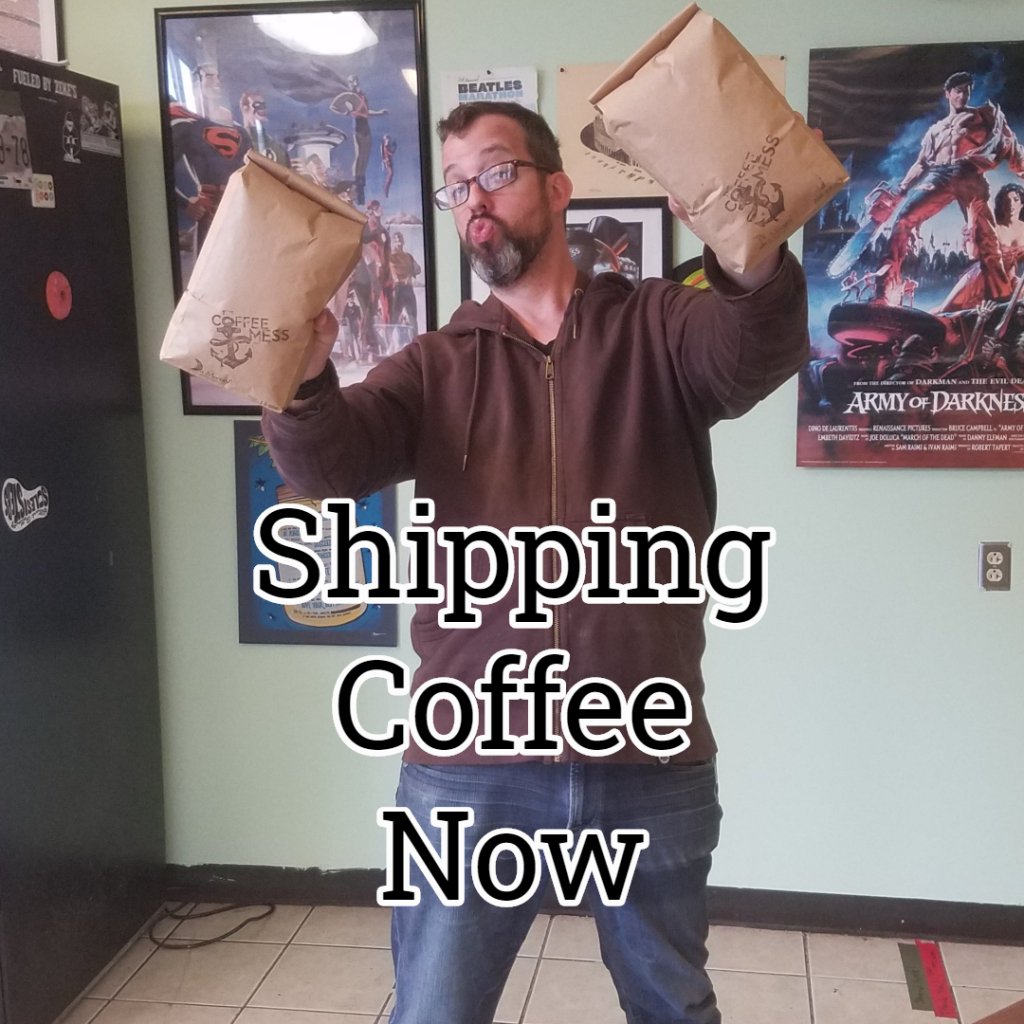 “Dear Tim:
I hate to be a dipshit, but would you please remind me:
What are some of your favorite “breeds” or “species” or whatever the word is, of coffee beans?
Favorite locations they originate from?’
This is a fine question from a friend and client of mine who, for the record, is not a dipshit.
So when it comes to the species of coffee we all enjoy drinking, it’s Coffea arabica all the way. Coffea robusta is another common species of bean that you’ll find in disgusting store-brand coffee, preground in cans and forcefed to political prisoners in Oregonian Reeducation camps. Yikes.

There are well over a hundred described species of Coffee, but most of what we drink is from those two species. There is another species that bears mentioning: Coffea liberica. I’ve only seen it once and I hope it comes back– it’s a formerly popular strain of coffee farmed by Indonesians before South America became the leading coffee producing region of the world. It very nearly went extinct when coffee buyers switched over to Colombian and Brazilian coffees in the early 20th century.

So, arabica is the bean of choice for discriminating coffee drinkers. Not that I’m advocating discriminating, I don’t want to go to any Oregonian camp. Sorry.

Arabica has a whole mess of subspecies, or varietals, many of which you’ll find on the shelf of your local roaster’s shop, although not all roasters track or label what varietal is in a bag. Right now we don’t list varietals at the Mess, for instance.

Before I get into any particulars, I’ll let you know that I will pay attention to what the varietal is when I’m buying coffee, but it doesn’t often influence what I buy, and I pay little attention to it afterward. This is an area where I’ve got room for growth in my coffee knowledge, but at this point the difference will be detectable only in the form of different text on a bag or online description– It is my belief that terroir, farming practices, processing methods, storage, roasting, blending and brewing are so very impactful on the flavor of the coffee you drink that the varietal’s particular flavor essences will have been terribly confounded by the time you’re tasting the coffee– I’d never say there aren’t differences between varietals, heaven forbid. I am saying it would be a tremendous undertaking to discern and map the differences, and that kind of undertaking is (at this time) beyond the scope of my career.

THAT SAID. You may run across some of these words in the future, and if coffee matters to you, you should know what they are and how important they may (or may not) be.

So those are varietals you may hear about when you’re reading or talking about coffee with people who like to get real nerdy with it. There are many others, but what I want you to understand is some roasters are hyping the varietals they’re roasting, some are just passing along the info they got on the coffee, and some roasters don’t even mention it.

Now, that was a little too much information if you ask me. My buddy also asked me what my favorite location origins for coffee. That’s an easy one, cause I can’t get it wrong!

I like coffees from every coffee growing region of the world.

In Central America, I’m a big fan of Guatemala Antigua coffees. I think it’s my favorite growing region, and Guats are usually the base of my coffee blends.

Other countries of note in Central America: All of them. If you’re experimenting with different coffees worldwide, you’ll have a lovely time and great success exploring the coffees of Central america.

In Africa, I’m a big fan of just about any coffee from Ethiopia. It’s the birthplace of Human Coffee Culture and the coffee that grows in Ethiopia is delightful, almost without exception.

One of my long-time favorite coffees grows in India. It’s called Mysore Nugget Extra Bold. Mysore is a place. I don’t know what they mean by Nugget. Extra Bold is a rather unusual name to hang on a bag of green coffee, but they went and did it. They’re not wrong, either. I like to put a medium-dark roast on these big, luscious beans and let the flavor punch me in the face.

Moving along we come to Indonesia. One of the most exciting coffees I’ve ever had was a Sumatra Wahana, that was as fruity and sweet as a bowl of fruit loops. It’s a rarity in Sumatra, where the dry-processed coffees taste of soil, mushrooms and the like.

I could go on but this has been a long post already. If you’re interested in talking origins and varietals, come belly up to the bar at my shop in Hilliard and we’ll chat about it. For now, I’m going to go do stuff.